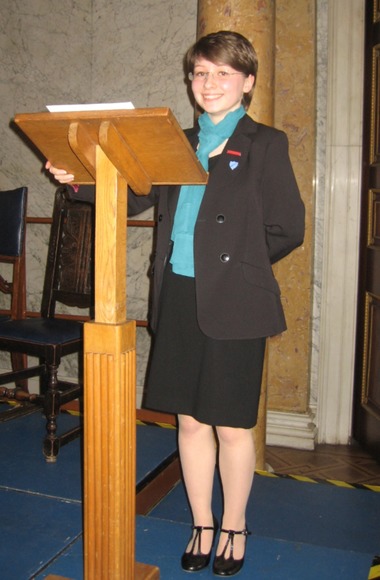 Congratulations to Elder and former Guardian Katy Jackson, who recently won the prestigious Partlow Prize, awarded by The Dickens Society.

The prize, named in honour of Robert Partlow, one of the founding member of the Dickens Society, celebrates academic essays on any aspects of Dickens’ life or work.  The winner is awarded a monetary sum and the opportunity to have their essay published in Dickens Quarterly.  Conference fee and dinner costs are also waived for the winner to allow attendance at the annual Symposium.

Katy, who was Head Girl from 2010 to 2011, is currently studying for her PhD at Royal Holloway, where she has already completed her BA and MA in Victorian Literature, Art and Culture.  Deputy Headmistress Dr Sandra Coates-Smith said, “Having taught Katy from Year 7 through to Sixth Form, I’m thrilled and incredibly proud to hear her wonderful news. She was always eager to make the most of every opportunity that came her way.”

Dickens himself was a regular visitor to Cobham Hall, and as a friend of the 6th Earl of Darnley held the key to the estate.  After his death, his now-famous writing chalet stood in the grounds for a period of time before being moved to Rochester.