'Unite to Ignite the Fire Within'

At the end of September, several girls, along with our Round Square Representative, Miss Caro, headed to Cape Town, South Africa, for the International Conference.  The conference’s theme was ‘Unite to Ignite the Fire Within’.  Sixth Formers Lillie, Keely, and Hannah, and Year 11 pupil Clara had a fabulous time; here’s their account.  Beneath the report is a video put together by the girls after the Conference.

After a 12-hour flight, we finally reached our destination: Cape Town, South Africa.  We took the bus to the hotel, where we would be staying for two nights.  Bus rides are always a great opportunity to see parts of cities you wouldn't necessarily visit otherwise.  This also was the case here.  We were aware of the fact that South Africa is a country where not everyone is as privileged as we are in Europe, but actually seeing it in real life is something different.  On the way from the airport to the hotel, we drove through the outskirts of Cape Town and saw houses that looked more like huts.

On the first evening, we attended the welcoming ceremony, where people from the hosting schools, St George’s Grammar School, St Cyprian’s School and Bridge House School, performed for everyone with traditional dancing and popular music. It was nerve wracking to be around so many new people at the same time but as the night went on it became easier to speak to people from other schools.

Day One was great! First, we went to the Opening Ceremony, where we watched many great performances and listened to two inspiring keynote speakers. We were all given an instrument and the lady on stage involved the whole audience, directing us what to do, all without saying a word.  Later on, we met our Baraza groups and set off to do the ‘Amazing Race’, a treasure hunt through Cape Town. Cape Town is a wonderful place: so many differences and a beautiful city. We were in our Baraza groups for the first time and it was so lovely to meet new people from all over the globe.

The second day started phenomenally, although a bit too early! At 8.00am we listened to the first keynote speaker, who had his leg bitten off by a shark only two years ago. He was just amazing; when he was 15, a big white shark attacked him and he lost his right leg. He made jokes about it and just seemed so relaxed about it. He was really inspiring, as he is fighting for being the person he is and not just a victim of an accident. "I'm not a shark attack victim,” he said. “I am a shark attack survivor."  It’s an incredibly inspiring quote, as it is not only suited to any attack, it is suited for every kind of situation. He talked about service and teamwork. He was just truly inspiring and taught us to not give up even if it seems too hard to succeed.  The second speaker made the important point that we are all different, we all have different stories and backgrounds, but actually we are all equal.  The image she had was that all fingers on the hand are different, but they all have the same origin. We rely on each other in order to create a properly working planet.

The next day was Service Day, at schools in one of the poorest areas of Cape Town.  We played with the children, repaired and tidied the school, and painted a mural.  It was hard to believe that some of these children will never have the same opportunities as others, living in an area ruled by gang violence and drugs.  It highlighted how privileged we are to go to a good school and grow up in a safe environment.

In the evening, we had the chance to watch some cultural performances from all over the world. The shows were incredible. A school from Japan performed traditional dancing and singing, a student from St George's performed his own rap and Keely performed a lovely piece on the piano.

Service Day was followed by Adventure Day. Cobham Hall delegates hiked down Table Mountain, or kayaked with penguins.  We were taken to the top of the mountain by cable car, and had about half an hour to take pictures and enjoy the view.  At the top, as well as on the way down, the view was absolutely stunning.  We could see Cape Town, other mountains, and the blue sea.  The walk down was quite challenging and steep but we had a great time anyway. We were even able to try some fresh spring water. It was so incredibly delicious.  The whole atmosphere on the mountain was so energising.  Cape Town combines nature, the sea, mountains, and city in one.

Kayaking was much harder than it looked. The wind was heavy that day and it kept blowing all the kayaks out of line, making it hard to follow the guide around the small cove. There were also several clumps of seaweed that would cling to the kayaks and made it nearly impossible to paddle in a straight line. However, the penguins were adorable even if we didn't get too close to them. We were able to learn about the history about how the penguins arrived.

Thursday was the last official day of the conference. It ended with the Closing Ceremony, where the CEO of Round Square and the Headmaster of the hosting school gave a small speech. We were shown a video of pictures that were taken over the week. It was a nice way to reflect about how much happened only within a couple of days.

For our post-conference tour, we were able to all ascend Table Mountain together, where we were treated with a stunning view. On one side of the mountain, you could see all of Cape Town and a few miles beyond. On the other side, you could see the ocean and the beach.  We also visited a wildlife reserve on an open jeep so we could see the animals properly. It was absolutely amazing! We saw hippos, zebras, lions, springboks, rhinos, giraffes, elephants and many other animals. It was a breath-taking experience.

The conference made us realise even more how amazing Round Square actually is. To meet all these people from different countries and continents is truly amazing. It was saddening to say goodbye to my new friends but the Round Square conference was a life changing experience.

Written by Cobham Hall Pupil
Back to News ListPreviousNext 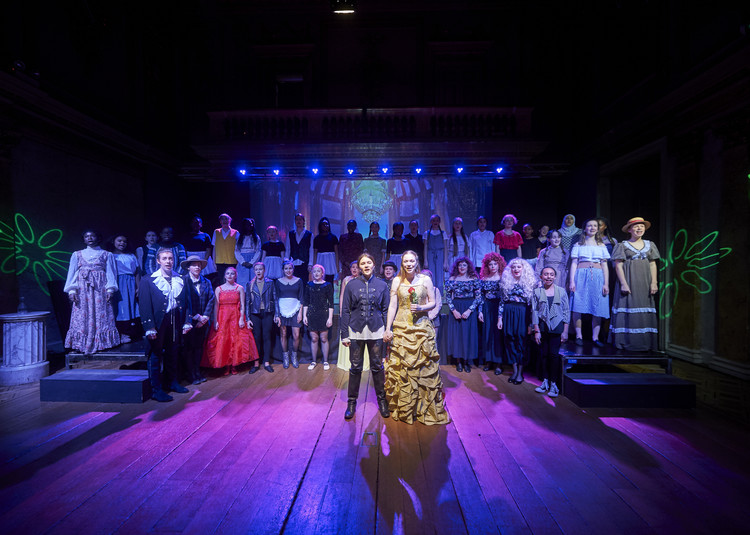