From School Hall to Stage

This year, Year 13 pupil Britta concluded her Cobham Hall journey.  During her time here, like many other girls, she has performed in every school production. However, Britta was able to end her journey by performing as part of an ensemble on stage at The Marlowe Theatre, in the Senior Production, 'The Sad Club' by Luke Barnes. She tells her story and recounts the behind-the-scenes fun that she encountered on the way.

My seven years at Cobham Hall have been nothing short of magical and life-changing. The attempt to capture these years is a challenge, however, my personal growth can be aptly summed up by my characters in the school play every year; whether Drama fuelled this growth or inspired it I cannot say, but either way, it provided an outlet and an opportunity I will never forget.

To describe these times as magical is not an exaggeration; I have become a moving portrait ('The Disappearing Door'), a circus-performing blues singer ('Barnum'), a sequin-clad supernatural ('Starwalker') and finally had the courage to be a woman willing to speak of her struggle to enjoy life and challenge society ('The Sad Club'). Throughout these performances, I have worked with outstanding directors as well as several Theatre companies such as The National Youth Theatre and Splendid Productions. My roles and participation level in each play have changed as the years went by, but my commitment and love of performance have been unwavering.

If asked which I enjoyed most, I would reply the musicals; the perfect combination of song, dance and speaking. If pressed for a specific play I would reply, all. Neither has outdone the other and all have been a joy to be part of. 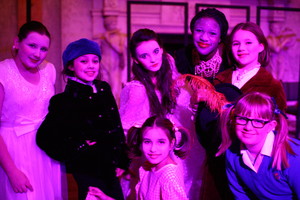 My first play in Year 7 was for Cobham Hall's 50th Anniversary Year and entitled 'The Disappearing Door'. Full to the brim of wit, adventure and strange creatures, this play convinced me that acting was for everybody. Strangely, the most prominent memories of this rehearsal and many other performances are of incidents where things did not quite go to plan...

The first day of 'The Disappearing Door', when scripts were handed out, I  remember putting up my hand, feeling a 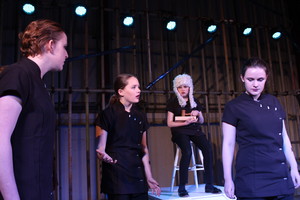 strange suction in my mouth then losing my tooth in the Drama Studio! I managed to outdo that terrible embarrassment and horror in my second year, playing Reverend Hale in our reproduction of 'The Crucible'. I was informed the day before our final performance that I would need to learn another person's lines for the whole play as they were flying home in the morning. For a 12-year-old this was a nightmare come true and left me quaking behind the smoke machines. However, all turned out well and the play proved to be the most confusing yet! 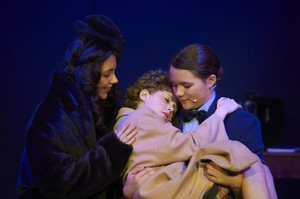 In Year 9 I was given my first principal part as Warbucks in 'Annie'. A touching and heartwarming play on the outside, whilst backstage the props continued to vanish left, right and centre, leaving me on stage many a time miming telephone calls and so forth. One of the most difficult parts of this play, though unbeknown to the audience, was Tilly's quick change into a ball dress halfway through which she performed with amazing alacrity and the help of a small cohort of people. I'd like to think I perhaps rivalled this feat in 'Beauty and the Beast' when transforming into the Prince in a matter of ten seconds, but she undoubtedly came out looking better! 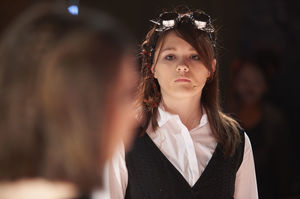 Continuing with the trend of 'things gone wrong', came 2015's 'Starwalker' written by April, the School's only student playwright to date. 'Starwalker' is a compelling tale of love and the dark mystery surrounding a theatre and its enigmatic company which included life-sized dolls, a talking pink mouse, the Devil in disguise and deviously difficult songs. One of the most featured photographs from this play is of myself and Eve, encircled by motionless bodies of the dead dolls. Haunting yes, but also terribly funny if you happened to be on set and witness to me constantly tripping over everyone whilst trying not to giggle on stage! 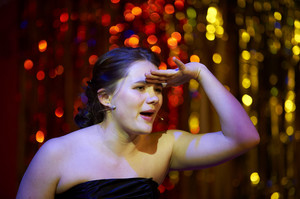 'Barnum' was next, a musical known for its audacity and quirky characters. Our director, the fabulous Mrs Gough, had envisioned a splendour and exuberance never before seen in our plays; whilst it did take rather a long time to put together, the overall effect was worth it, as many who saw the play can attest to. Some of the funniest behind-the-scenes moments concerned the action-packed, fast-paced songs.  Whether it was throwing bricks around on stage trying to catch people off-guard, or running round in circles trying not to lose your breath AND still trying to sing at an unreasonably fast pace. Taking the cake, or perhaps the tightrope, in this instance, was our pre-theatre training with a 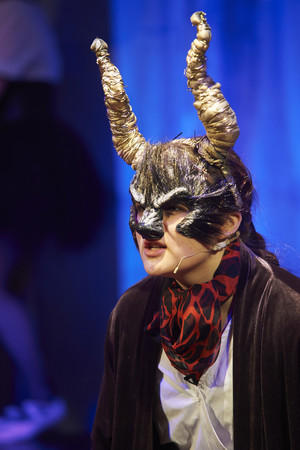 group of circus actors who came to demonstrate various skills such as riding a unicycle, juggling etc.  Vividly I recall all of us attempting the unicycle and falling mostly headfirst to the floor-  that part of the Broadway production we did not replicate!

Next came 'Beauty and the Beast', a staggering achievement for a school of our size and resources. I shared many fond moments with the cast during our performances however the funniest must have been on our last night when Bonnie (Beauty) and I (The Beast) were dancing together and my horns got caught in her hair...on stage. Stuck together, like two toddlers performing a variation of a three-legged race, we managed to untangle ourselves and laughed over it later. As an actor, that was one of my most emotive roles, the inward transformation and strength of the Beast was something I would soon have to replicate in moving to Year 13, and assuming the responsibilities that entailed. Many of the songs from that play registered deeply with me; this made it both a delight and a hardship to work on as was evident by our tears on the final night.

Finishing only a little over two months ago, with our final performance at the Marlowe Theatre, 'The Sad Club' holds a dear place in my memory. It has been the only role of my Cobham career to explicitly explore the 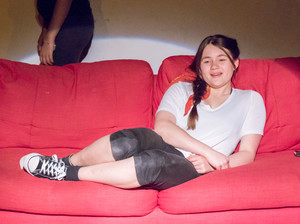 struggle of being a teenager currently. We hoped after each performance that the audience would have learnt a little - if not about themselves then someone they are close to - who may be experiencing the problems we explored.

This made 'The Sad Club' highly personal, but I have never worked with a cast who became as close as we did or as supportive. Each of us brought something unexpected to our character and it was my pleasure to work alongside them. The challenge was made greater by my impending IB examinations, but I cannot think of a better way to have ended my time at Cobham Hall than with that play. Free-thinking and provocative, it was a great success and I hope those who came to see it consider joining the Cobham Drama community, to reap its benefits as I have been privileged enough to. I cannot think of a more enjoyable way to give your time than creating art for the pleasure of others. As my character, Chloe, confesses at the end of the play; 'I have all of this life in me. All of this ZEST and I want to LIVE'. I cannot think of a more appropriate line to sum up what these years of acting and collaboration have taught me.  To some, acting is only a highly skilled form of manipulation; it becomes an art form when you begin to understand your own place and purpose. When you give part of yourself to the play and receive a part of it in return. Each play I became part of has given me part of itself in return, given me a zest for life, and now I am ready to go and live.

A Chilling, Creepy and Clear Macbeth