Cobham Hall Elders live all over the world and since leaving school have been successful in a variety of different professional careers and personal endeavours, a little fame too and have children of their own.  Some of those children have become the current generation of Cobham Hall pupils.  Please see below for news and triumphs of Cobham Hall Elders.

If you’d like to submit your own news for us to consider posting in this section, or in our termly magazine INSIGHT, please send us your story.

She has been named Journalist of the Year on five occasions by Royal Television Society and was appointed Officer of the Order of the British Empire (OBE) in the 2012 New Year Honours for services to broadcast journalism. Her work has been recognized by the Foreign Press Association in 2007, 2008, 2009 and 2010. She has also been cited by the Bayeux War Correspondents Awards for her reports from hostile environments for every year since 2007.

Annie Freud is the author of three collections of poetry, the first published in 2007 and the newest, The Remains, in 2015.  The Poetry Book Society recognised her as one of the 20 most exciting new poets from the UK and Ireland in the Next Generation Poets 2014, a prestigious accolade for writers who have published their debut collection in the previous ten years.

Brenda Hancock’s memoir, ‘Ever-Widening Circles or Road to BABA’, was recently published by Page Publishing, Inc, New York.  Brenda recalls her memories from early childhood in China, through growing up in England during World War II and after (the book is in American English, you have been warned!), her years in East Africa and then the founding of Cobham Hall.  In the second part of her book she describes the impact on her life of a silent spiritual Master whom she first met while visiting India, the BABA referred to in her title.  The book is easily available through Amazon, etc., or by order through bookstores.  Brenda adds that for anyone interested in the E-book version a colour reader would be preferable since there are illustrations (including of Cobham Hall).”

We are all very proud after seeing this in the news – well done to Elder Freda Amoakwa-Adu, now working as a junior doctor. Deputy Headmistress Dr Coates-Smith remembers Freda, saying, “She was very thorough and focused while here; I can imagine her being the same as a doctor and picking up on a rare condition such as that.”

“You may remember that in my book, Ante’s Inferno, the lowest circle of Hell was based on Passchendaele.

For the Passchendaele Centenary, which fell on 31st July this year, Ante’s Inferno has undergone a special reprinting, the jacket updated to mark the story’s strong WW1 theme. The desolate, icy wasteland that Dante depicts for his ninth circle of Hell has more in common with the terrible Passchendaele landscape than you might think, as I’ve written in a recent monthly blog post with Authors Electric.”

Just google ‘Authors Electric’ and click on Griselda Heppel to read her blog.

Griselda recently did an interview with Eve Ahmed on That’s Oxfordshire TV community show, talking about Ante’s Inferno and Passchendaele.”

Griselda Heppel’s debut novel, Ante’s Inferno, won the Children’s category of the People’s Book Prize in 2013. Griselda visited the school to talk to Year 7 and 8 about her experience as a writer. Griselda’s second book, The Tragickall History of Henry Fowst, was released in August 2015, and draws on her memories of Cobham Hall – the School’s North Tower even features on the cover! She returned to the School on World Book Day 2016 to speak to students about the inspiration behind the story.

Opened in 1962, Cobham Hall was the first independent girls’ school to be established in England in 16 years. Fifty girls were enrolled in the first year, including Lady Harriet Bligh, who became Guardian (Head girl) in her final year before studying History at Oxford.

Lady Harriet Bligh was the guest speaker at Cobham Hall’s 50th Festival Day in June 2013.  Lady Bligh – known affectionately as “Hatty” – was born in what is now the Headmaster’s study, spoke about her time as a child living in the Hall, the ancestral home of her family, the Earls of Darnley, and about her experiences as a “pioneer” student in the School’s formative years.

Elder Jennifer Lonsdale (nee Gibson) who formed the Environmental Investigation Agency (EIA) in 1984, with fellow activists Allan Thornton and Dave Currey, was awarded an OBE by the Queen in December 2015.  The EIA is a non-governmental organisation that investigates and campaigns against a wide range of environmental crimes, including illegal wildlife trade, illegal logging, hazardous waste, and trade in climate and ozone-altering chemicals and is based in the UK and Washington-DC, USA.

Elder Josceline Cluff is now Program Director at All Hands Volunteers, a volunteer-powered disaster relief organisation dedicated to rebuilding hope for people impacted by natural disasters all over the world. Her volunteer work has taken her to the Philippines, after super typhoon Haiyan; to Nepal, in the wake of the 2015 earthquake; and to Malawi, to help communities recover from a mass flood.

Kate Dunn garnered a special mention in the Hastings Observer after her work was featured in the Hastings International Composers Festival in September 2013: “And it was a youngster, Kate Dunn, who turned in one of the most impressive works of the morning, a song for mezzo-soprano and piano, which made its mark, not by histrionics, but by extraordinary understatement – a remarkable achievement for a composer not yet out of her teens.” 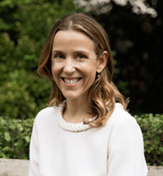 Upon leaving Cobham Hall, Kate Fall read Politics Philosophy and Economics at Oxford University. She is now a Member of the House of Lords, Senior Advisor and executive director of Brunswick’s geopolitical offer, and an author.

Her first job was for a British MEP, and has also worked as deputy chief of staff to David Cameron for six years while he was the British Prime Minister and for 5 years when he was Leader of the Opposition.

Kate is currently a Trustee of Atlantic Partnership, on the Culture Recovery Board, a member of the International Relations and Defence Committee Lords Select Committee and on the advisory board of the thinktank, Onward.

Kate has two children and is the author of ‘The Gatekeeper: Life At The Heart of No. 10’ (published by Harper Collins).

She secured a quota place last year when she competed in the 2015 Modern Pentathlon European Championships and gave an impressive performance.  Kate finished 8th individually, and along with her team-mates Samantha Murray, and Freyja Prentice, also secured a team gold.  In January 2016, Kate came first in the Modern Pentathlon Peridot Indoor International Cup competion in Budapest, Hungary.  She proved popular amongst our rising sports stars when she came to visit in Spring 2015.

Kate had a fantastic 2021 season, ending with Olympic gold at the Tokyo Games.

Kate was awarded an MBE for services to Modern Pentathlon in the 2022 New Years Honours List.

Congratulations to Elder and former Guardian Katy Jackson, who has recently been awarded the Robert J Partlow essay prize by the Dickens Society of America for the best graduate essay.

The prize, named in honour of Robert Partlow, one of the founding member of the Dickens Society, celebrates academic essays on any aspects of Dickens’ life or work.  The winner is awarded a monetary sum and the opportunity to have their essay published in Dickens Quarterly.  Conference fee and dinner costs are also waived for the winner to allow attendance at the annual Symposium.

Katy, who was Guardian from 2010 to 2011, is currently studying for her TECHNE-funded PhD at Royal Holloway, where she has already completed her BA and MA in Victorian Literature, Art and Culture.

Dickens himself was a regular visitor to Cobham Hall, and as a friend of the 6th Earl of Darnley held the key to the estate.  After his death, his now-famous writing chalet stood in the grounds for a period of time before being moved to Rochester.

Elder Mishal Husain, who hosts BBC Radio 4’s Today programme and television news bulletins, has become a Round Square ‘Idealist’ for International Understanding. Mishal recently won broadcaster of the year at the London Press Club Awards, and was also appointed as the second ever female core presenter on BBC Radio 4’s Today Programme in the summer and her on-air debut in October 2013 received extremely favourable reviews from the UK media industry.

Mishal spoke at our Festival Day in 2013, where she spoke of the impact the School had on her, as well as giving girls advice for their futures.

Natasha Wood brought her bilingual production ‘Poilu and Tommy’ about World War I to London in February for a two and a half week run at The Courtyard Theatre.  She directed the play, which was written by her husband, Michael Wood.  Both of their children were members of the cast.

Cobham Hall Elder, Sanam Naraghi-Anderlini, whose “collaborative political activism resulted in a ground-breaking UN Security Council resolution (Number 1325) mandating countries to involve women in conflict resolution is featured on the Round Square Website.  You can see this via the following link:” https://www.roundsquare.org/news/news/leadership-and-the-gender-agenda/

Former Cobham Hall Development Director, Sue Anderson, was awarded an MBE by the Queen for services to education in June 2013.

We are pleased to announce that Cobham Hall Elder and Guardian, Elizabeth (Tilly) Green has been nominated for the prestigious 2019 Kathleen Ferrier Competition.

Tria considers herself one of the lucky ones: someone who knew early in life what she wanted to do and has happily followed that path for 25 years. During her years at Cobham, Tria pursued the sciences in the classroom, while her love for sports, drama and photography kept her pretty busy out of the classroom.

Her gap year saw her travelling to India with the annual Round Square Schools trip, followed by four months backpacking around the Far East with Cobham alumni Emmy Cooper and Sam Haylett.

She studied Natural Sciences at Cambridge, developing a love for zoology, which she continued with a Masters degree in Biological Sciences, both at Jesus College. Initial research for her Masters took her to the wilds of the Borneo rainforest, where she slept in a hammock for three months while trying to study some frustratingly elusive proboscis monkeys. When that project failed, she set her sights on the Isle of Rhum and its resident herd of red deer. They were far more obliging.

Photography remained a great passion and she followed her years of academia with a post-graduate Diploma in Film and Television Production at the University of Bristol, with a view to developing a career in wildlife filmmaking. The course was transformational, not least because she met Mark — the American. 18 months later they were engaged and Tria was soon packing her bags for life in the United States.

Luckily, Mark lived in Washington DC, home to National Geographic Television, the Discovery Channel and several other key documentary broadcasters. Tria built a career in DC as an independent freelancer, working her way up from researcher, through associate producer, to producer/director/writer. She produced award-winning films for many of the major networks and has been lucky enough to travel the world on assignment, often with Mark in tow as her cameraman. However, when the girls arrived, life on the road together became a little trickier.

In 2015 she somewhat apprehensively accepted her first staff position with a network, as Executive Producer for Natural History at the Smithsonian Channel. In her current role, she helps develop and oversees a broad slate of wildlife documentaries for Smithsonian Channel US and its international networks, which include Smithsonian Channel UK. Her films have won numerous awards and been nominated for two Emmys.

She, Mark, Cailey and Heidi live in Bethesda, MD, a suburb of Washington DC. They return to England every summer to help Tria keep up with the Queen’s English and stock up on tea.