Latin is an engaging and dynamic subject at Cobham Hall. The study of Latin offers a unique window into our past, where language, literature and history mix together to help us better understand the impact of the classical world on our own. This multi-faced approach enables students to not only appreciate Roman culture and society, but its importance today.

Studying Latin at Cobham Hall, students are challenged to not only develop translation skills and fluency, but also explore original and unadapted texts, learning about the context within which they were written. Students develop a solid foundation for further linguistic study along with the necessary skills for interpretation, analysis of diverse themes and essay-writing techniques.

As the basis of so many modern European languages, Latin provides excellent insight into the other languages offered at Cobham Hall, such as French and Spanish. All students study Latin in Years 7, 8 and 9 and follow the Cambridge Latin Course. This introduces basic grammar and translation skills alongside cultural and historical topics, such as Roman theatre, the baths, gladiators, the eruption of Vesuvius before we travel to Roman Britain and Alexandria. Students translate stories which cover topics such as a trip to the Roman baths or murder plots from Latin into English. At the end of Years 8 and 9, girls also learn about Greek/Roman mythology, read about the Iliad, Odyssey and the Aeneid and learn about other famous myths in the Classical world.

Latin is available as an option for GCSE. The course expands on both culture and language work, with students tackling their first passages taken from unadapted Latin authors, such as Virgil, Cicero and Ovid; there is also the possibility of studying cultural sources as well. The GCSE course is both varied and stimulating and it builds upon the grammar learnt in earlier years.

Studying Latin at A Level unlocks the contemporary relevance of the Roman world in our modern times. The development of key analytical and evaluative skills support academic performance in other subject areas. This two-year programme covers authors such as Cicero, Virgil, Livy and Ovid in the original language, requiring girls to translate from English into Latin and to analyse grammar.

Through trips to the theatre and to archaeological sites, girls also explore Greek and Roman culture outside the classroom. Students also have the opportunity to travel abroad, going to Italy to visit Rome or to Pompeii, where much of the Latin course is based, to see where their heroes lived and to gain first-hand experience of the sites studied in class.

Girls also have the opportunity to join the languages club, and take part in mini-plays, a Latin spelling bee, and further celebrate the culture, history and literature of Ancient Greece and Rome. 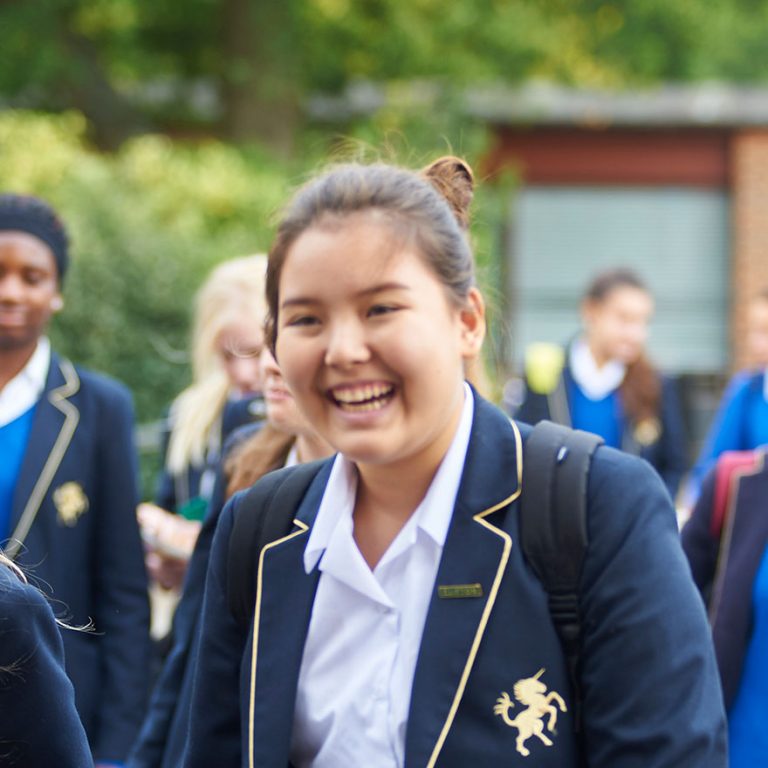