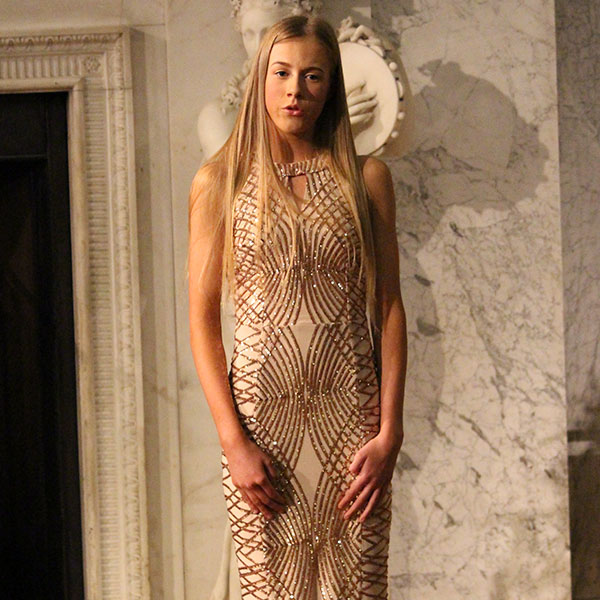 Year 12 student Maisy has blossomed within the Music Department since joining Cobham Hall in Year 7 in September 2014. That year Maisy was lauded as our lead in the production of Annie: her first ever theatrical role. Head of Music Miss Clements commented at the time, “It’s fantastic that alongside the usual stars of the Department, we discovered new musical talents from girls who have never had anything to do with music before.” By landing the part of Annie, Maisy surprised herself and her family with the new-found talent.  Maisy has since gone on to join Benesonantes, the School’s Chamber Choir, as well as taking part in more School Productions and the annual Maestros’ Concerts.

When Maisy joined the school, she was known for her sporting ability. She has since been Kent Schools’ Cross-Country Champion multiple times, and manages to fit rehearsals, concerts and productions in around her gruelling athletics training. In 2019, Maisy competed for England in her first international event.

Studying Physical Education, Psychology and Theatre for her A Levels, Maisy has been inspired by the idea of teaching.
Speaking of her time at Cobham Hall, Maisy says “It is undoubtedly Cobham Hall’s support that has given me the ability to achieve what I have: filling me with belief in myself, and qualities such as the ability to speak my mind, lead and work in a team, and to be independent. Cobham Hall has always supported me in my dreams, however big or small, which is something I will always be grateful for. Each of the Departments here are extremely supportive to all students, and I believe no student would go unseen if struggling, due to the small class sizes and passionate teachers.

And that’s the difference. At Cobham Hall we are individuals, and I truly believe that in another school, I would never have been able to be involved in as many things as I have been.”