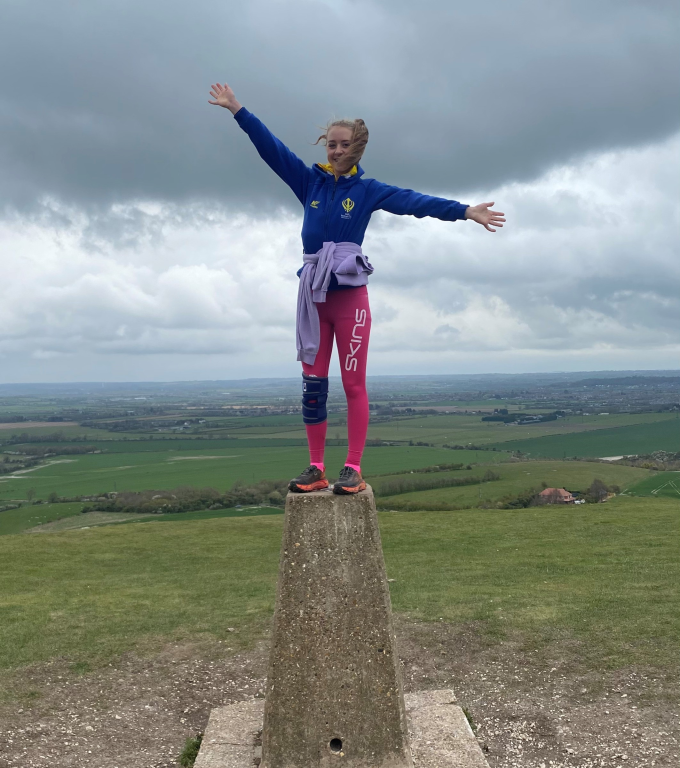 A huge congratulations goes out to Year 9 Sports Scholar Poppy, who in early April completed her first half-marathon, raising money for research into Parkinson’s Disease.

“I really enjoyed it,” Poppy enthused after the event, “and I want to say a huge thank you to Mrs Hooper and Miss Fautley, as I never would’ve been able to run that far without their encouragement and support.”

Poppy ran the half marathon with her father, after deciding she wanted to raise money for research into Parkinson’s Disease in memory of her grandfather who passed away last year. Her training began after Christmas, and she and her father trained up to four times a week until April, gradually building up from 5km runs to 17km runs.

Poppy explained, “We prepared well and because of this, I really enjoyed the day and it’s definitely something I’d love to do again! I ended up raising £1,295 pound for Parkinson’s disease research!”

Headmistress Mrs Barrett commented “We’re so proud of Poppy’s achievement, both in completing the half marathon, and raising such a huge amount for a charity important to her. Her dedication and determination are attributes we are keen to encourage in all of our students.”