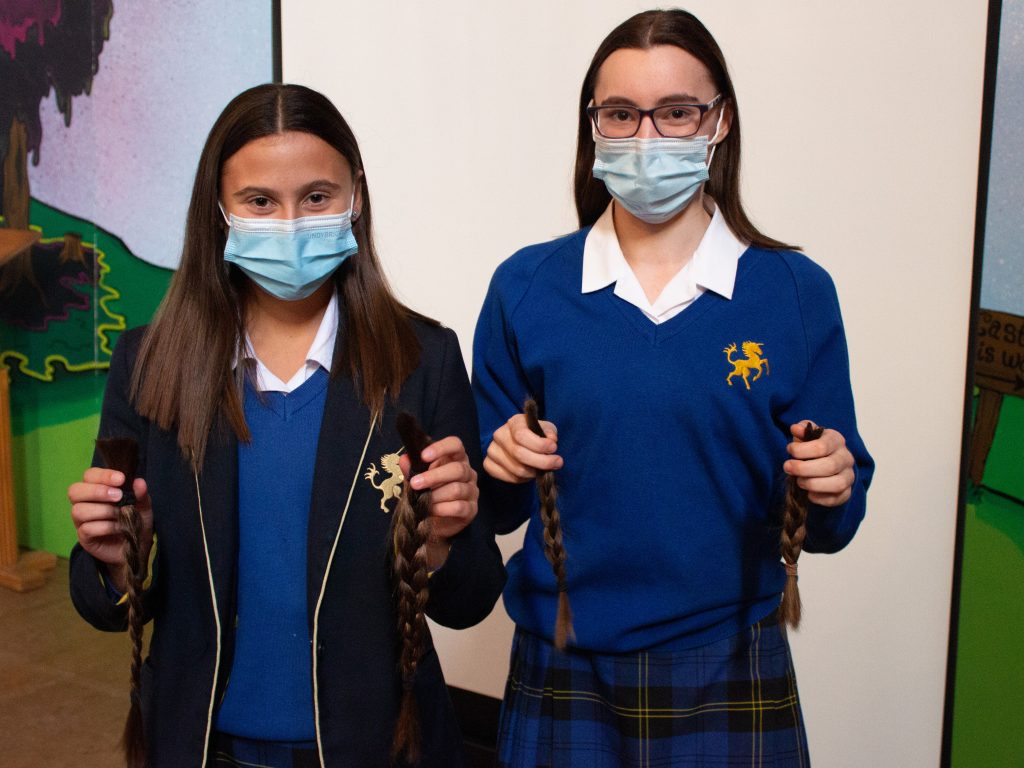 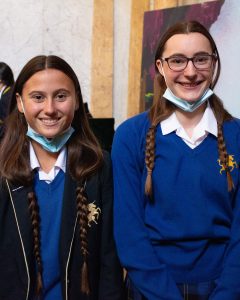 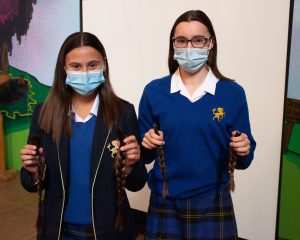 The Big Snip, postponed from before Christmas, took place today, with a very nervous Alana and Anna, both Year 9, entering the Gilt Hall to tremendous cheers from the audience. Everyone gathered to support them in this selfless act of kindness.

A raffle had been held to select the students who would actually cut the braids off. The winning students, Millie (Year 9) and Natasha, Yaka and Savannah (Year 11), took their places behind the pair, scissors poised.

‘I’m scared’ Alana admitted, and she really did look it, whilst Anna was more concerned about who would be cutting her hair, saying, “I wasn’t scared about cutting my hair, I was scared about who was going to actually cut it. Millie and Savannah both got picked to cut my hair and I could see the look on Millie’s face when she realised she had made a mistake and cut my hair really wonky.”

Reassuringly, Alana’s hairdresser Sam Austin was there to immediately restyle both girls’ hair, after ‘The Big Snip’. The students were very grateful to Sam, not only for taking time out of her busy day, but also for donating her time free of charge.

Speaking afterwards, Anna said that when she first heard about donating her hair, she wasn’t sure about doing it, as she hadn’t cut her incredibly long hair for a long time. “I did it anyway because hair grows back. I loved the idea of donating my hair to the Little Princess Trust and I really think Alana and I have done a good deed.”

As a result of all the fundraising, a donation of an amazing £755 has been made to The Little Princess Trust. This is more than enough to make a wig for a child with cancer. Even more importantly, Alana and Anna have donated their own hair to this special charity and have directly helped to make someone in need feel better about themselves. We applaud them both. Well done Alana and Anna. 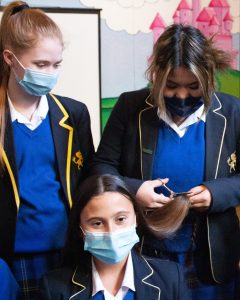 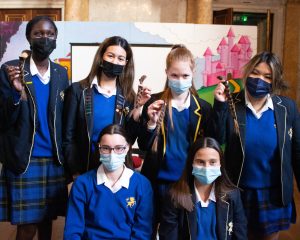